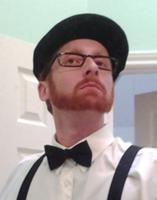 Nickname
Will the Chill

Talks submitted by Will Braswell

Learn how to write code which will automatically execute in parallel on the Cloud. Push your programming skills to the next level with transpiler technologies.

Your family is where you come from. Your family tree helps you visualize your past, and perhaps capture a glimpse of the future. Discover our shared heritage with an investigation into the history of Perl.

Perl is an onion, and RPerl is a skinny green onion, a scallion! 22 years after Saint Larry's original State of the Onion at The Perl Conference, it's time for everything old to be new again. Will the Chill speaks on the current affairs of the RPerl compiler and related topics of interest.

RPerl is the new optimizing compiler for Perl 5. This course will provide hands-on guidance to lead students through installing RPerl and writing their first RPerl programs. We will implement solutions to the exercises in chapter 1 of the course textbook, Learning RPerl. We will begin work on chapter 2 if time permits.

This course is a continuation of the RPerl White Belt, and will provide hands-on guidance to lead students through RPerl's scalar data literals & types, scalar operators, constants, basic input & output, conditional statements, and loop control structures. We will implement solutions to the exercises in chapter 2 of the course textbook, Learning RPerl.

A panel discussion with representatives from the Perl 5, Perl 6, and Perl 11 communities.