Evolutionary algorithms was the topic of my first presentation in a Perl conference, and it's been kind of a tradition to talk about them in Perl conferences ever since them. Lately I have switched to Perl 6; released a simple module, appropriately called Algorithm::Evolutionary::Simple, and started to experiment with concurrent features to be able to work with all processors and threads available.
In this talk I will introduce the audience to the world of these global optimization algorithms which are called evolutionary, then navigate through concurrency in general and how it's done in Perl 6, and eventually talk about our research results designing evolutionary algorithms to be run in that platform.
The challenge was more on the algorithmic side than on the Perl 6 side, but that part was also a challenge. Eventually, all worked out for the best and I got the papers published.
I also do (and believe) in open science.I dump all data in open repositories, and write papers also in open repos, so that anyone can join should they want. 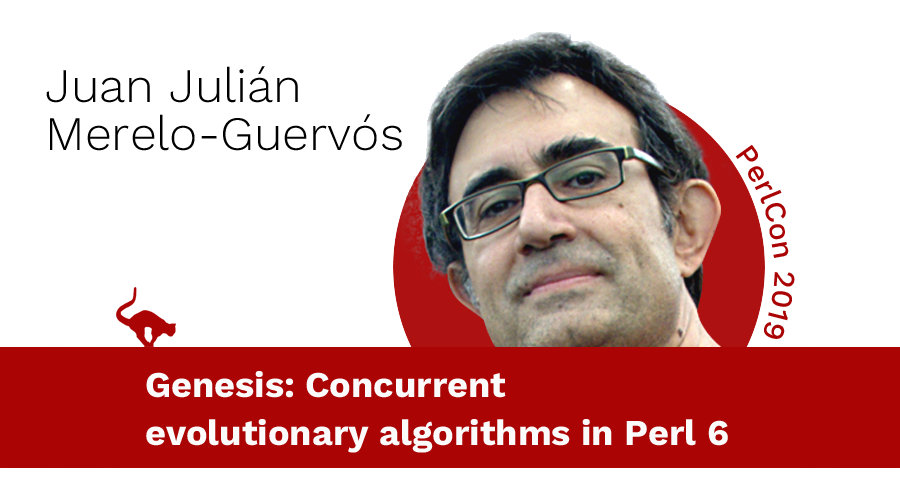