When Cro is not a Web Framework: implementing LDAP for Perl 6

So far Perl 6 did not have support for the LDAP protocol. This talk briefly explains the main parts of the Cro-centered implementation we built.

Cro is a set of libraries for building distributed systems in Perl 6, mostly used for web services and web application backends.
We will take a quick look at its generic piece: Cro::Core module and its primitives. With its general idea under our belt, we will discuss how they were helpful in implementing a Cro::LDAP module, the scope of the current LDAP protocol implementation, how its API was derived from experience with other Cro modules such as Cro::HTTP, what was similar, and what was different. 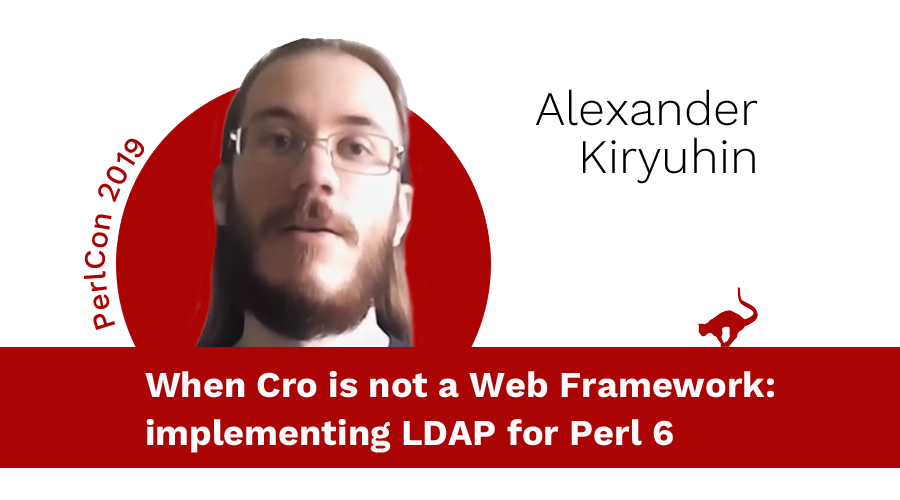