GUI applications for Perl are tricky, but Perl can make tricky things easy. A simple toolkit-less, back-end agnostic GUI development is described but this time demo-ing the development of three applications from design to code, along with a little audience participation at the end.

This is another little introduction into the difficulty of developing GUI applications for Perl, and Perl's power to make difficult things easy. GUIDeFATE (GUI Design From A Text Editor) was introduced at The London Perl Workshop (LPW) last year. This time a more in-depth exploration is done. The talk is in three parts.

1) The core features are described; GUIDeFATE takes a textual representation of a GUI, detects widgets in that representation, and then transforms the widgets identified to back-end specific code to generate the actual interface.

3) The last 15 minutes of the talk will be an interactive attempt to create an interface with the audience along with the code to control a networked robotic device running on a Raspberry Pi over ssh -X (hopefully, fingers crossed, this will not be a disaster). 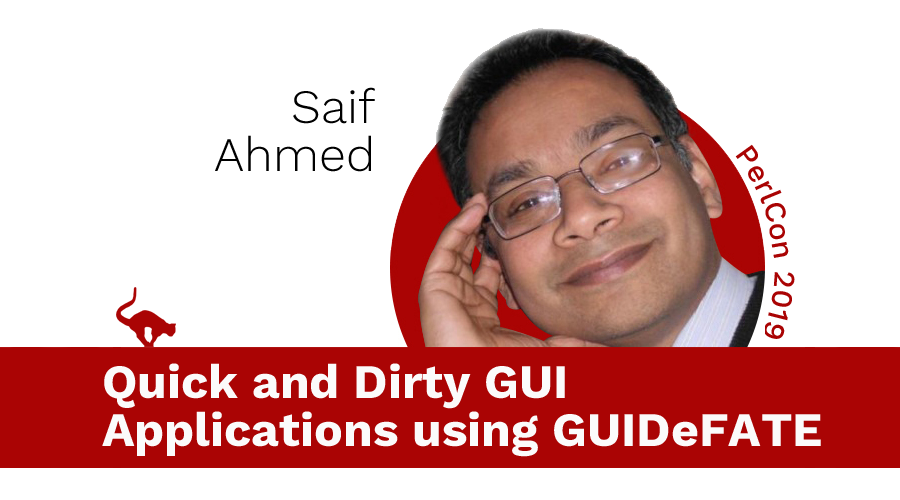 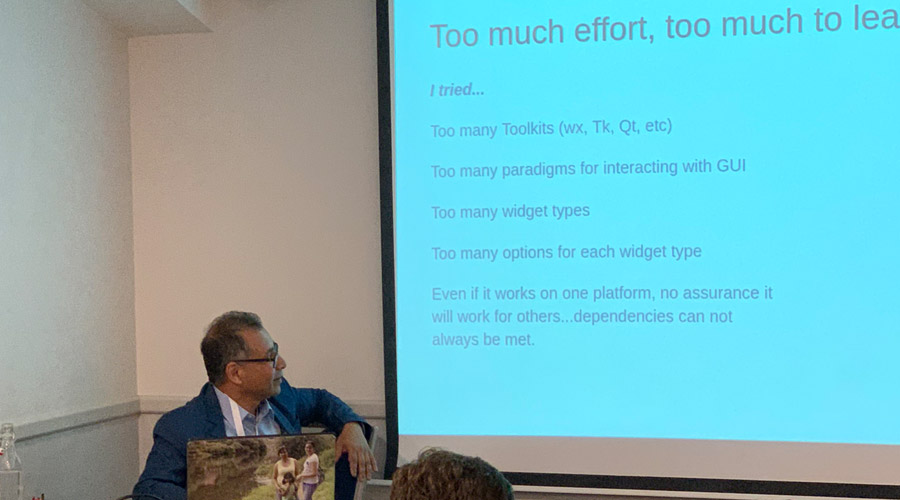