In this workshop we will build a simple web application using Dancer2 and several other modern web tools.

This course is aimed at everyone. But you'll probably get more out of it if you have a basic understanding of web technologies like HTML, CSS and Javascript. You'll also need to know a bit of Perl.

Over the course of twelve steps, we’ll build a simple Todo list program. We’ll be using a number of modern web development techniques (not just Perl) in order to make the app look really shiny and modern.

The twelve steps we will be taking are as follows:

If there’s time left at the end, we’ll discuss other useful enhancements that we might want to make to the app – and perhaps even try adding them.

And the following non-Perl tools:

This is an updated version of a course I ran at YAPC in Cluj in 2016.

This is a hands-on workshop. Participants will need to bring a laptop. I'll email participants before the course to tell them what software they need to have installed.

Dave Cross has been programming in Perl since 1996 and running training courses on the language since 2001. He often runs workshops alongside Perl conferences Dave is the author of "Data Munging with Perl" and "Perl Taster" and a co-author of "Perl Template Toolkit". In 1998, he started the London Perl Mongers, the first Perl user group outside of North America. In 2004, Dave won a White Camel Award for his non-technical work for the Perl community. 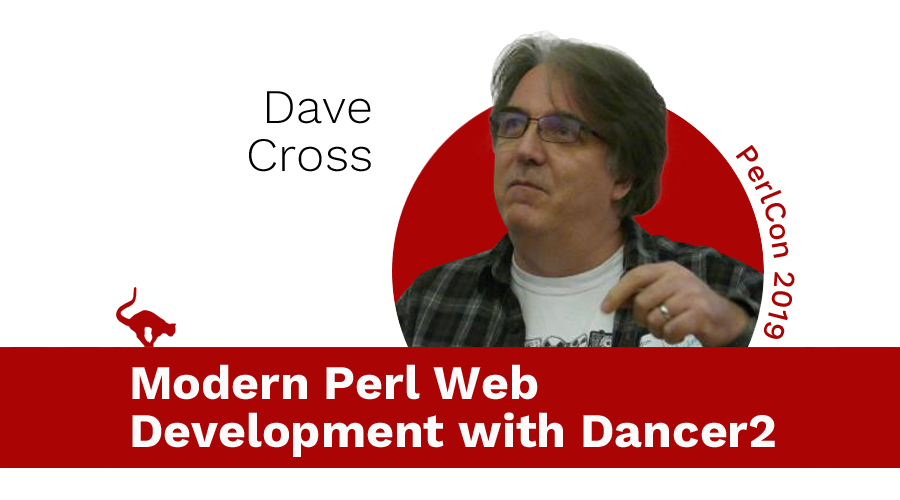